Many working dogs with sloping backs - why?

Joined Jul 24, 2017
·
1 Posts
Despite the claim that the working line German Shepherd retains the original, straight back, there are countless examples of Show line-type backs. I have to post three more times to show you an example (lol).

Does anybody know why this phenomenon was able to reach the working line breed nonetheless?

Joined Jun 19, 2005
·
5,844 Posts
"Straight back" is marketing hype and nothing more. A GSD is supposed to have bend of stifle and good angulation fore and rear. They're not supposed to be built like Malinois.

A GSD with proper angulation will have a slightly sloping topline (not the same as a curvature of the spine). In addition to that, just because the topline drops, that doesn't mean the back isn't straight. Straight is not synonymous with horizontal or parallel to the floor
► Show Full Signature
Jackie and the Marcato Shepherds (and one cat)

Joined Jun 26, 2013
·
3,920 Posts
Start making them jump the 1.2m hurdle in mondioring and tell me again how it's just a marketing ploy.
► Show Full Signature
You will walk when it is time to walk

Joined Oct 15, 2016
·
265 Posts
Every breed has a breed stack, and the GSD breed stack has the dog with it's leg pulled back. This creates a slope back effect and some show line breeders have created a look where a dog will always look like this when walking and not stacked.

Ever notice how when any breed of dog stretches and pulls their leg(s) back their back slopes?
► Show Full Signature
Lobo-2 Year Old German Shepherd Mix(?)
Follow him on Instagram for your dose of adorableness @lobo_ramos15 (Family Friendly)
C

the topline has many portions - including withers , and croup -- and the back .

the ideal is a harmonious smooth line -- not table flat .
Here is my Kilo who was French Ring Brevet, competed in Campagne - BH and AD
ready for ring 1 --(club folded - no local trials) -- who jumped many a palisade and hurdle

the back has to have some elasticity -

Joined Jul 4, 2015
·
2,375 Posts
A lot of people will say it is just the way they are stacked, or posed for a photo. However, if I catch my dogs in a natural stack they retain their straight back. If I try and stack them myself they look and act as if I am crazy. If I try and stack them to a point of angulation they are just like no thanks. It looks and seems really unnatural and uncomfortable for them. So, I really can't figure out why in the world we would take an unnatural/uncomfortable position and make that the desired thing. A natural stack in my dogs looks much different than what I see people doing with their dogs.

► Show Full Signature
Athena IGP 1, Rosko BH
I MAY NOT BE THERE YET. BUT, I AM CLOSER THAN I WAS YESTERDAY.

Joined Apr 5, 2000
·
18,681 Posts
Three working lines in various positions of being in a show "stack" and a top winning dog from the mid 20's. The third dog is over stretched a bit. The GSD should not be flat and Horand is a bad example to use since the last dog I picture is probably the closest Max got to his ideal. Notice the dog's high withers going into a level topline. He is in a more natural position, but is definitely not flat.

I do agree some working line dogs are being shown looking like show lines. No idea why.

Joined Feb 2, 2011
·
13,884 Posts
hahaha -- didn't post kilo link Carmspack Kilo
saphire has a beautiful natural stack of her Gus - totally spontaneous -- I'll see if I can get her to post it.
► Show Full Signature
Carmen

Joined Apr 8, 2014
·
2,252 Posts
What I'm seeing in many WL dogs with V rated conformation is excessive slope of the croup. Here's one of the most popular studs of recent years:

Of course, the stack exaggerates the slope, but it would still be there if the dog were standing naturally.

Joined Apr 13, 2017
·
408 Posts
Because they are capable of accomplishing the tasks that are demanded of the role to a level at least adequate as determined by the organization, and have the personality traits necessary to give at least adequate trust that they will carry them out under pressure. Simple as that.

Keep in mind also that not every working dog you see is being run by special operations forces handlers with decades of institutional experience. There is wildly different levels of ability, professionalism, competence, and experience across this country. From podunk PD that let a deputy who really liked dogs and did internet research acquire a puppy and train it himself as the counties K9 unit (that's a true story going on right now, the dog is little more than probable cause on a leash) to SEAL Team 6 helicoptering in to Pakistan and taking down Bin Laden with Cairo the Malinois.

That being said I suspect your real question being: why if slope backs are a bad thing are dogs with what you see as sloped backs doing working jobs?

Because to a certain point it doesn't negatively affect the dog and the trait is so ingrained into the breed at this point that you'd be very hard pressed to find a nearly square GSD, any GSD. (Yes I know GSDs are longer so they'd be more accurately described as a rectangle than a square but I'm talking as close to a square as a rectangle can get). Much less find a perfect stud and dam pair in all other aspects that throws great pups, that are also very squared off, to make these pups in the first place.

Steps should be taken to minimize this trait as much as possible without sacrificing what makes a GSD a GSD, but in the grand scheme of things it's here to stay OP. Put your money where your mouth is, just like alot of us did myself included, and financially reward breeders who breed dogs of solid temperament with good structure. Encourage others to do the same as well, but also recognize that some slope is inherent to the breed at this point.
► Show Full Signature
"German Shepherds are cool dogs... You're welcome" - Memoirs of Cpt Stephanitz 1933

You see, a Malinois’ love is very different from that of a square - Prof. Adolph Reul

Joined May 29, 2014
·
533 Posts
I have yet to see any decent breeders advertise the straight back. As others have said, its a a catch phrase to get uninformed buyer's attention. Just like how so many throw around terms like "100% DDR" and "old fashioned" GSDs.
Now I do see reputable breeders of working lines claim their dogs do not have as much angulation or slope as the show lines, this is common, but they dont use the term "straight back." My working line has a fairly sloped back but nothing like the extremes of the show lines you often see. She is healthy, extremely athletic, and capable. This is pretty common, most working lines at club have some angulation. There is nothing wrong with it in moderation.

► Show Full Signature
Athena IGP 1, Rosko BH
I MAY NOT BE THERE YET. BUT, I AM CLOSER THAN I WAS YESTERDAY. 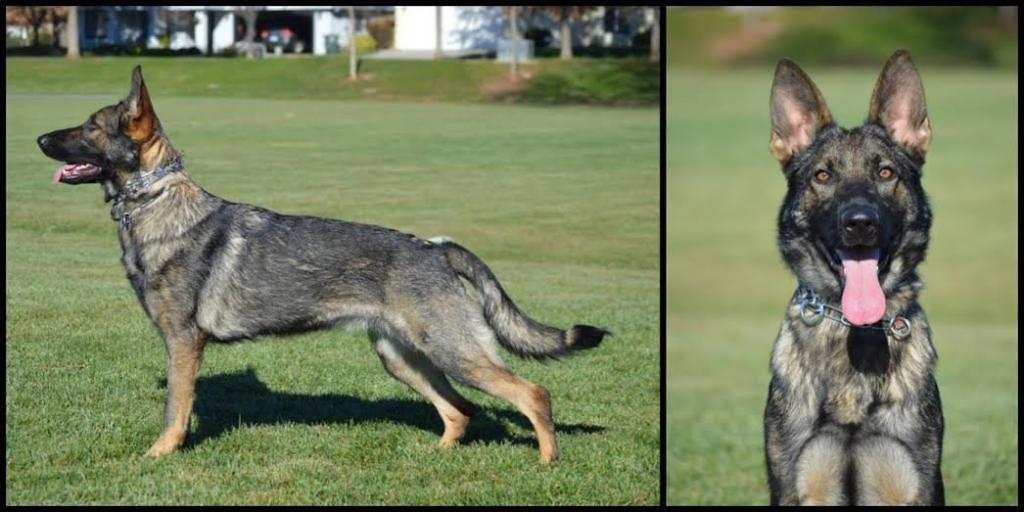 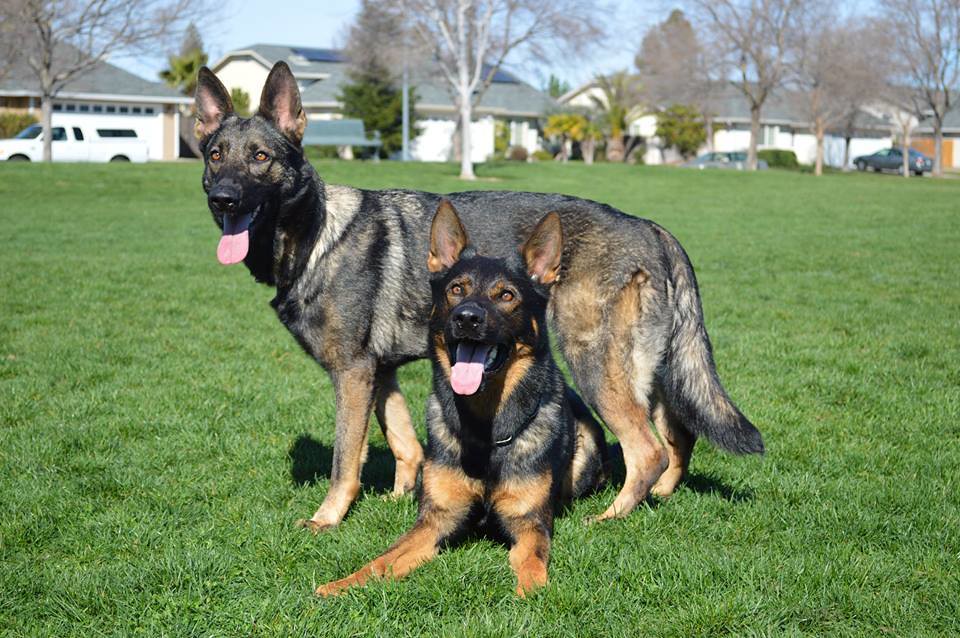 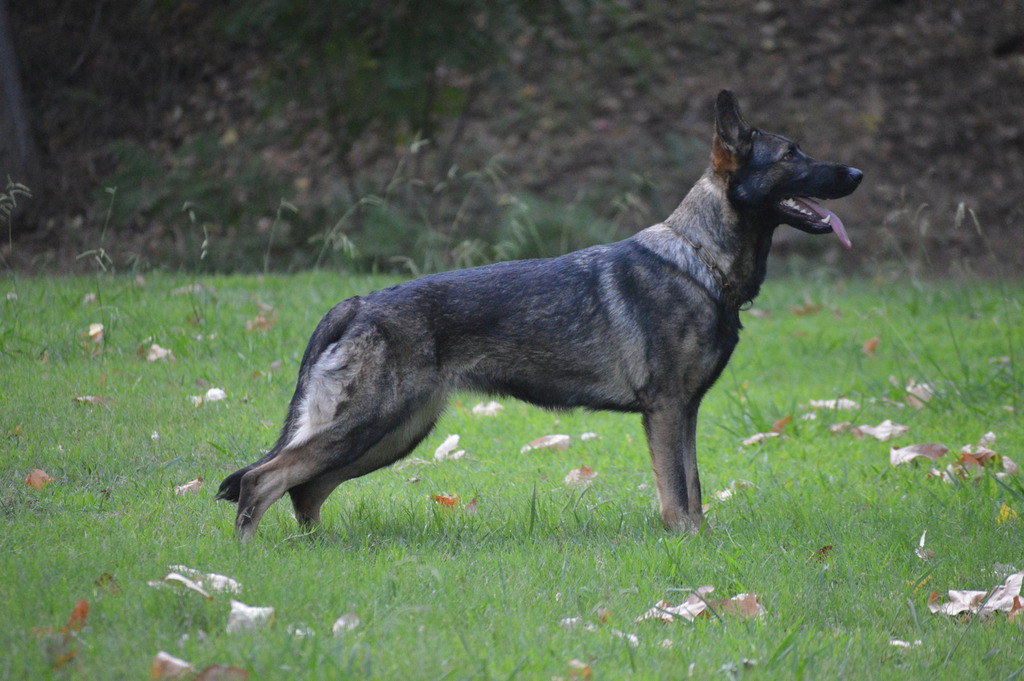 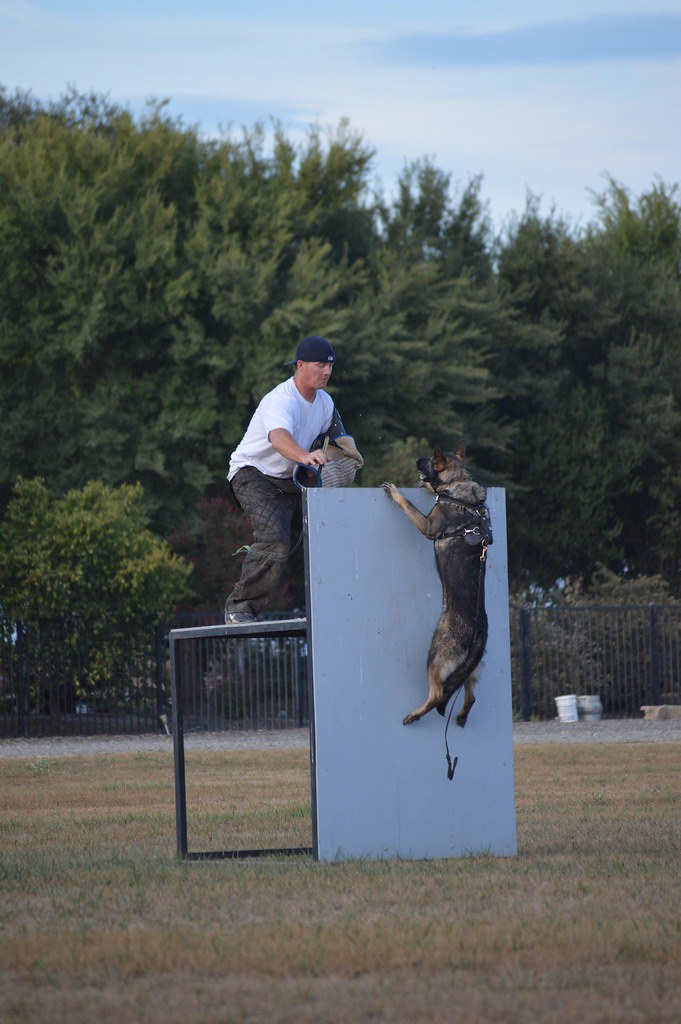 ► Show Full Signature
Train the dog in front of you.